As a Milky Way photographer I’m always in awe of the night sky and the many beautiful objects above our heads. Last fall I began thinking about deep sky objects such as nebula and galaxies and how much fun it would be to photograph those from my back yard. After the great derecho in August 2020 deep sky astrophotography was opened up as an option because most of the tree canopy in my neighborhood was lost. My view of the night sky was vastly improved. Knowing what I wanted to spend my time this winter doing came the task of figuring out what I needed to make deep sky astrophotography a reality. 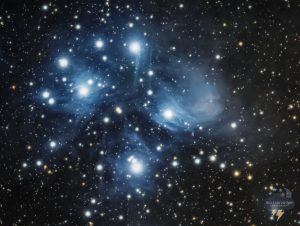 I have a tracker that I use for taking long exposures of the Milky Way, but I knew that in order to effectively take photos of deep sky objects I’d be using long lenses or telescope mounts. In many cases those would be too heavy for my Sky Watcher Star Adventurer. So with assistance from fellow local night sky photographer Brian Stockton, I researched what was needed to be successful at deep sky astrophotography. After many weeks of research and opening my wallet I came up my starter deep sky astrophotography rig. Its been a great starting point for me. In this blog I’ll discuss the main components needed to get started down the deep sky astrophotography rabbit hole. Next week I’ll go through the list of accessories.

In order to capture the dim light of emission nebula and other objects a modified camera is highly recommended. A  non-modified camera will work for deep sky objects, especially galaxies and reflection nebula. However, if you want to capture those beautiful reds in the hydrogen alpha (Ha) band of light that emission nebula produce consider purchasing or modifying a camera you already own. In my case I had a Nikon D610 that I didn’t use very often. I shipped it off to LifePixel and they performed the Ha modification. Several companies are out there that do Ha or full spectrum modifications so look around. 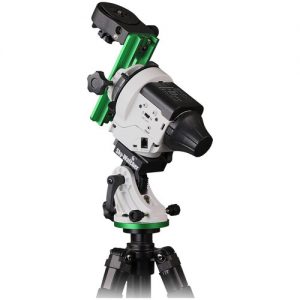 When you shoot deep sky objects often you’ll be shooting with either a telephoto lens or a telescope. While some lenses and small telescopes can be used successfully on a small tracker like my Sky Watcher Star Adventurer, many telephoto lenses and telescopes are simply too heavy for a small mount. Trackers that support heavy payloads are on the market from several different companies. After doing my research I settled on the Sky Watcher HEQ5 GoTo Equatorial Mount.  I purchased this mount for several reasons. It has a 30 pound payload capacity which will take care of my needs for years to come. When this mount is paired with the ASIAir Pro it has the ability to slew or find the deep sky object you want to photograph at the press of a button. No need to guess and manually move the mount and camera to your deep sky object. Believe me when your tying to hone in on a very specific part of the night sky using a telescope or long lens, its very difficult to do that by looking at star patterns in your test shots. I’ve been using the HEQ5 for 5 months now and I’m very happy with the results. 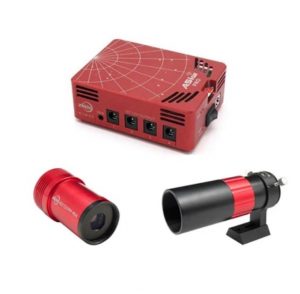 Like with tracking mounts there are several options for using a computer to control the actions of the mount. Some are easier than others to use. A relatively new arrival when it comes to controlling your astrophotography mount is a unit from ZWO ASIAir. It’s a tiny computer that connects to your mount and other accessories. To access the computer you use your iOS or Android phone or tablet. I’ve been using my iPad and it works great. Its easy to setup and it helps you though some of the tougher parts of getting your deep sky shoot setup such as polar aliment and guiding. For the beginner or seasoned deep sky veteran its definitely worth the investment.

A guide scope is a small camera and telescope used to precisely follow the stars in the sky by locking on and following the motion of a star. As the guild scope follows a star it sends signals to the tracker to help guide the camera and telescope very precisely. When using a guide scope and a mount that is properly polar aligned you can achieve multi minute exposures of your deep sky object that are super sharp and have no star trailing. The guide scope I’m using is a high-quality monochrome guide camera as well as a reliable ZWO finder scope. I ordered my guide scope and ASIAir as a combination package. 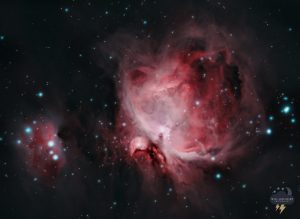 Deep sky astrophotography may seem daunting at first. You have to invest in camera gear, tracking mounts, guide scopes, and software to hook everything together. Once you have images they need to be processed to come up with a final result. It’s a lot of work but as I’ve found over the past few months its definitely worth it.

Be sure to tune back in next week as I’ll cover hardware accessories that are needed to tie everything in the above list together. Until then keep shooing and keep learning.

This entry was posted in Astrophotography.